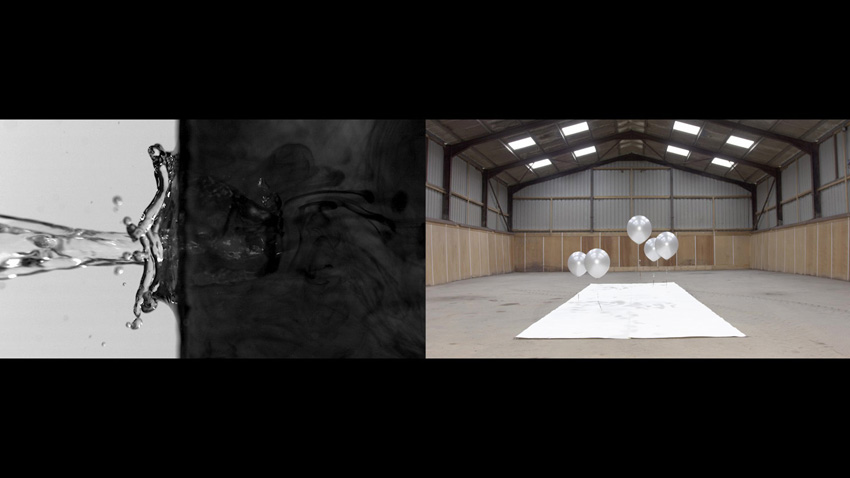 On 19th March 2018 the artist observed a live test from the Thermofluids Laboratory Control Room at the Department of Engineering Science. The test involved extremely high pressures and temperatures in the test tunnel, as air was released at 15000 metres per second producing a sonic boom. During the test Hammersley drew the scientists at work and later back in the studio she experimented with timed 15-second ink drawings to capture the sense of heat, pressure and movement during the experiment.

The resulting work is Flows, a 6.5-minute film and 9 metre helium drawing that consider how we make sense of these experiments and their context. The work attempts to shift the emphasis away from a human centred view of the universe to look at the relationships between art, science and macrocosm. Conceived as a split-screen moving collage of experiments, the film Flows was shot on three different cameras each with different aspect ratios, two colour, one high speed black and white. At the end of the film is the sound of the sonic boom during a live test.